As part of the regeneration of Bridgewater canal, Salford City Council approached us to help them with a new wayfinding and interpretation scheme along a 3 mile section of the historic canal.

Having gained funding from the National Lottery Heritage Fund, the Council planned to make the three-mile length of the historic Bridgewater Canal into a more accessible area and recreational space. Designers RFA, developed plans for a set of informative wayfinding signs as well as benches so that people could enjoy walks along the revitalised towpath and pause to take in the views.

The benches were shaped like the traditional starvationer boats that were used to transport coal and rock salt along the canal historically.

We manufactured the benches out of concrete and capped each end with corten steel and then transported them from our factory in the south of England to site. The final installation was achieved using crane barges to lift the 2 ton benches into position from the canal onto to the tow path.

The monolith signs consisted of a steel skeleton which was then clad with vitreous enamel (VE) printed panels, the sides were finished in corten steel.

Not only are these extremely hard-wearing materials, but they also give the structures an aged, heavy manufacturing look that is perfect for the post-industrial setting beside the Bridgewater canal. 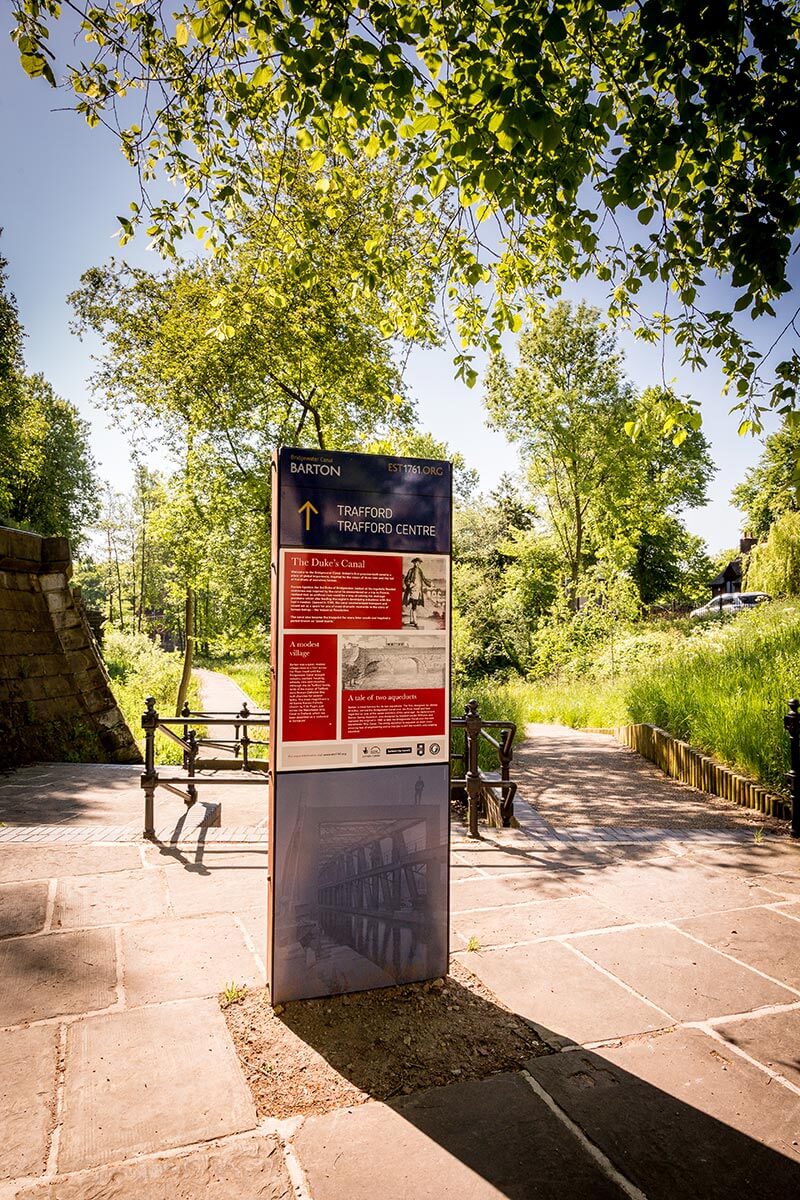 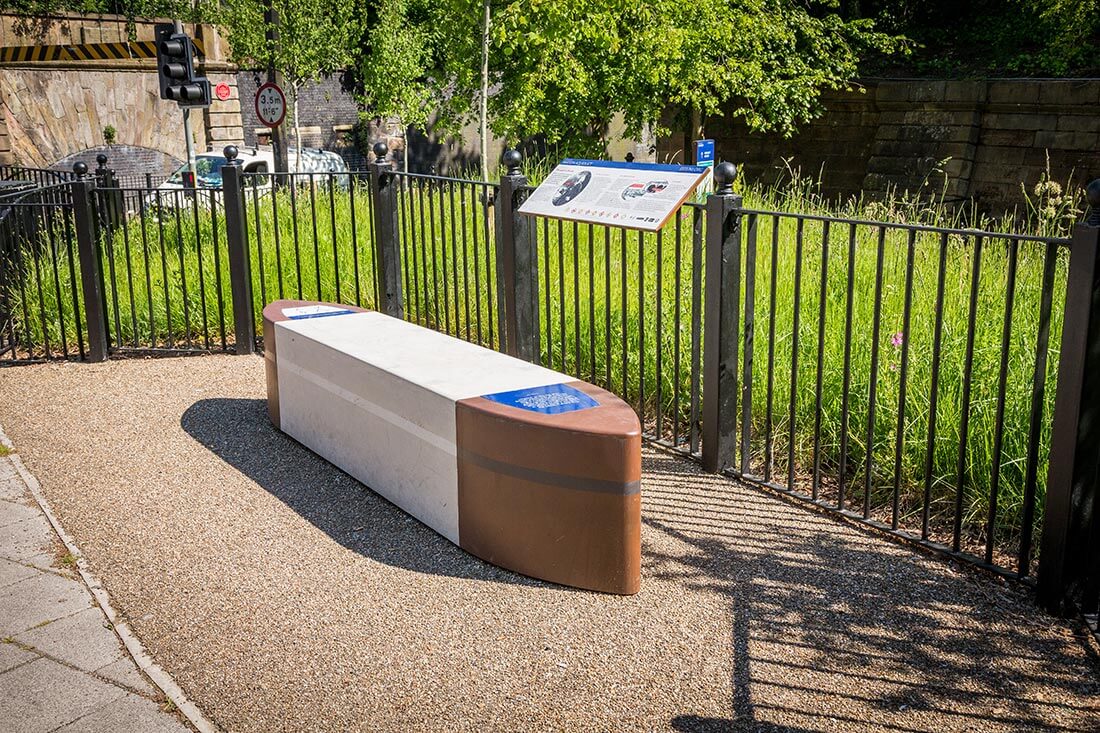 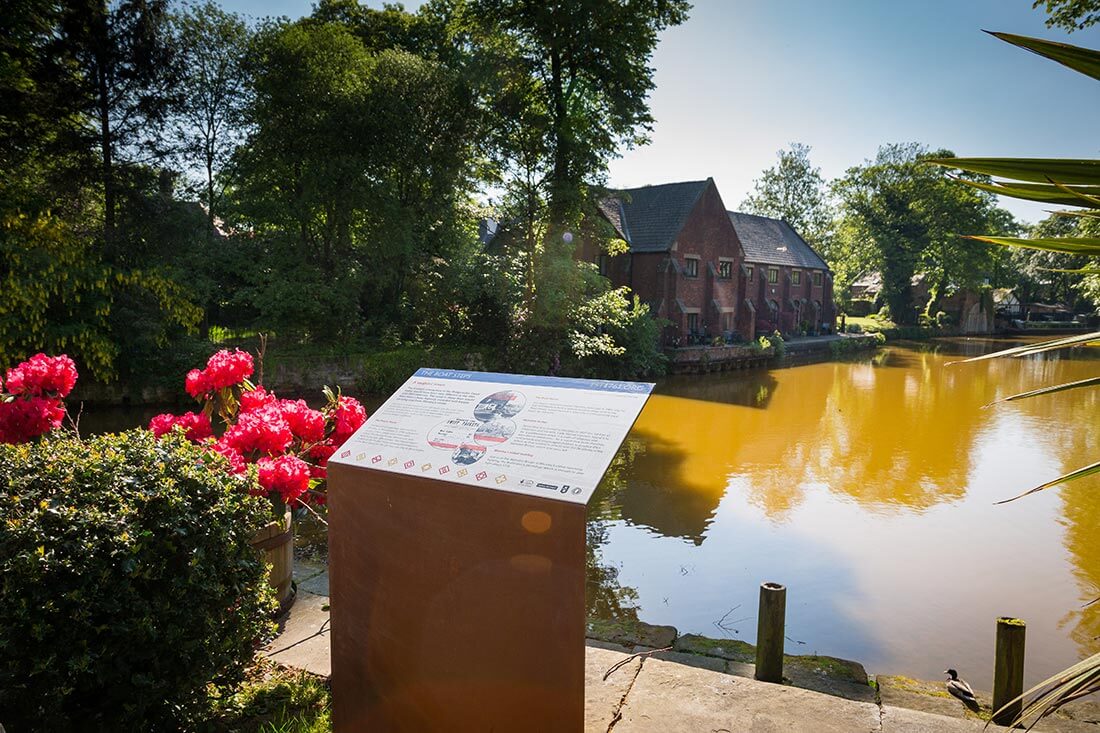 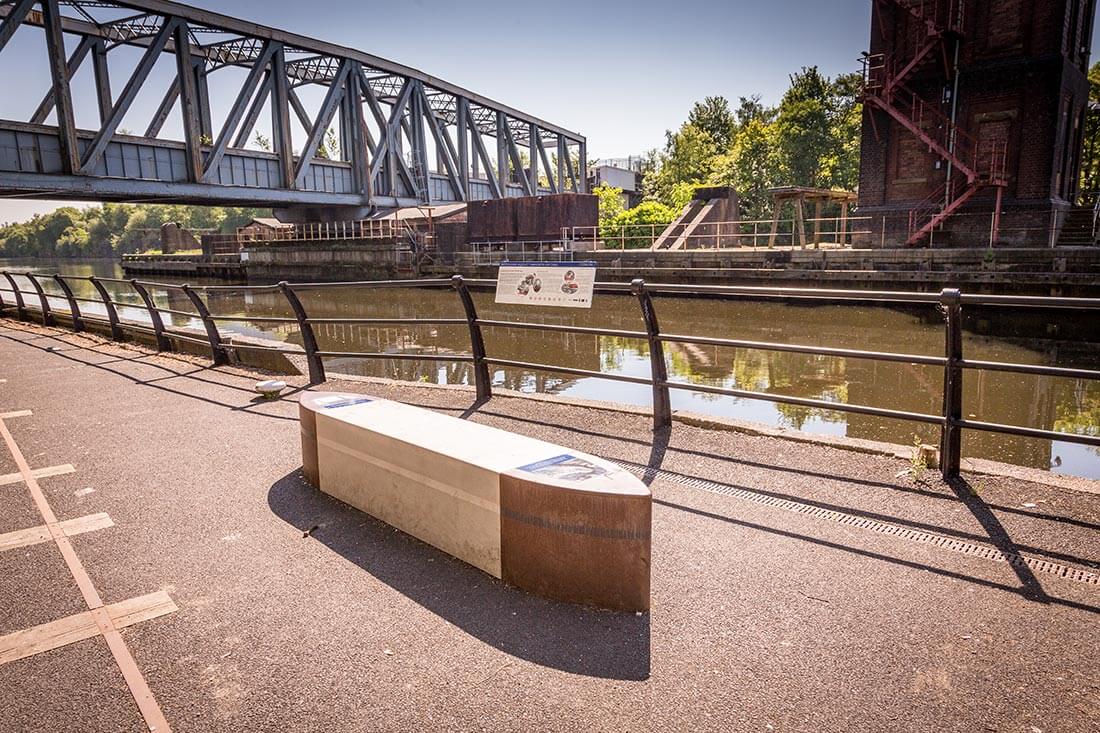