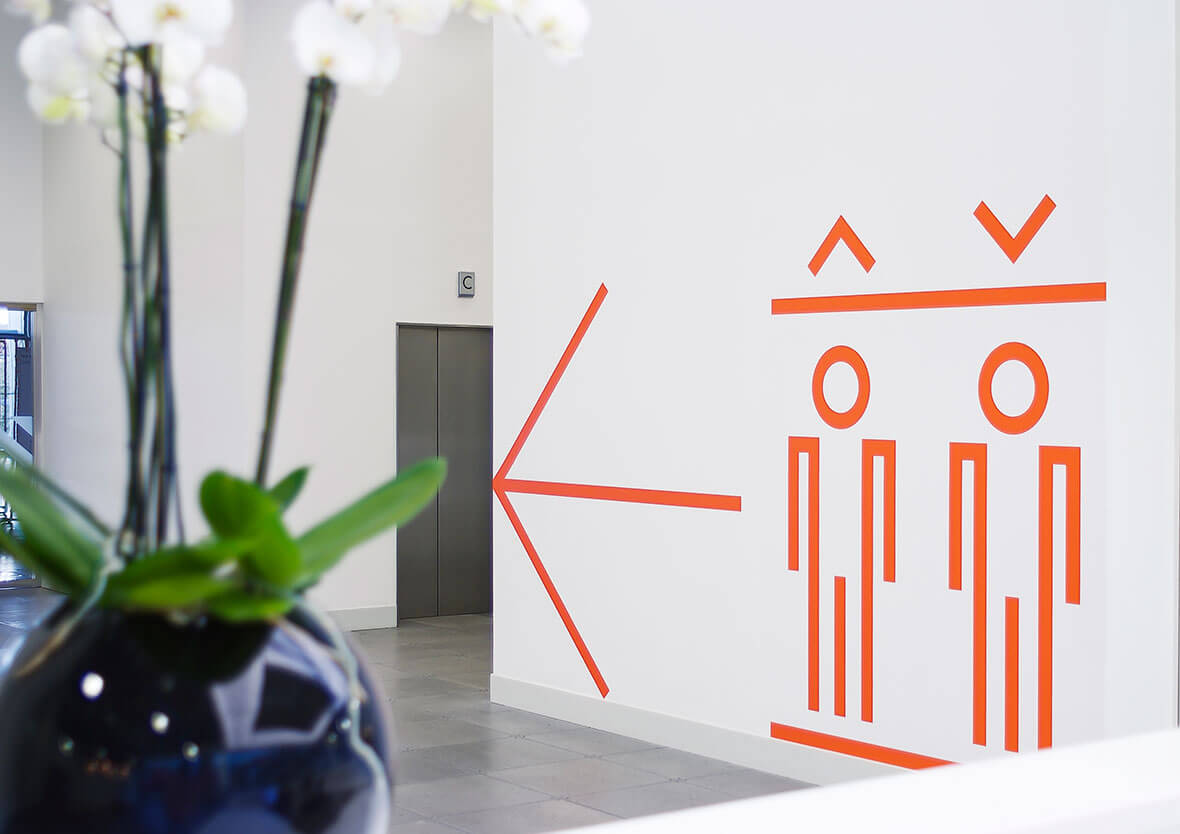 Reade Signs recently undertook an exciting wayfinding project at the former press and broadcast centres of the Queen Elizabeth Olympic Park in Hackney Wick, home of the London 2012 Olympic and Paralympic Games.

The Reade Signs Team were challenged to supply and install over 300 separate vinyl and painted wall graphics of varying sizes throughout the two huge buildings that were used as the Main Media Centre, International Broadcast Centre and Main Press Centre during the London 2012 Olympic and Paralympic Games. Now home to the likes of major telecommunications companies such as BT Sport and Infinity SDC, as well as Loughborough University and University College London campuses, it boasts a thriving space that offers state of the art facilities in an awe-inspiring environment.

A comprehensive pre-installation site visit was carried out two days prior to installation commencing where each location was identified and temporarily marked on the wall with a unique sign code. Production and deliveries were divided by building, and then by floor, to avoid any mixing up of the numerous wayfinding items. The Production Team manufactured the items throughout the installation process and ensured Reade Signs’ on site teams were continually fed with work during the tight installation window. 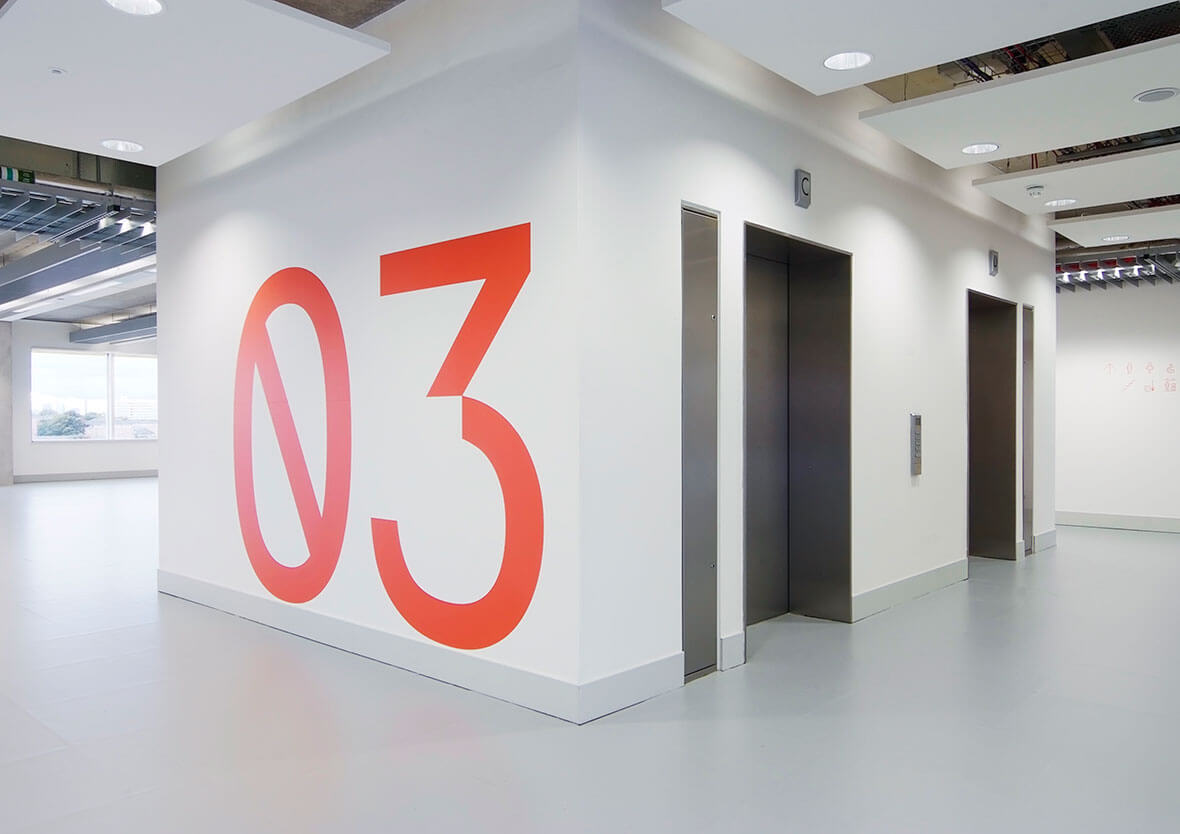 Jake Ellis, Assistant Property Manager, expressed his admiration of both the execution and look of the completed job, stating:

“Reade Signs were great to work with from start to finish of this job. They were very thorough in undertaking such a large project and were flexible as the project changed and evolved. Feedback on the wayfinding has been excellent”

The finished result is a vibrant wayfinding system that is clear and memorable. The project was also featured in renowned Architectural, Interiors and Design Magazine “DeZeen’ – Click here to read the full ‘DeZeen’ article